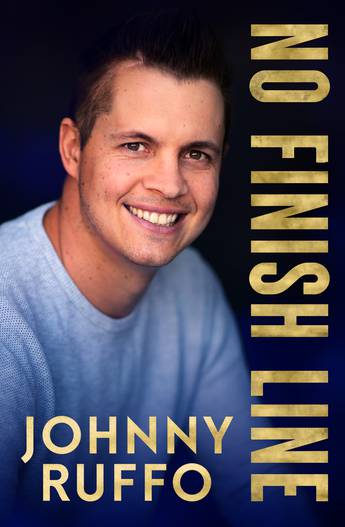 A rags-to-riches memoir of a cheeky tradie who stole Australia's hearts on The X Factor and Home and Away, then faced the biggest battle of his life: brain cancer.

Johnny Ruffo came to Australia's attention when he entered The X Factor in 2011. A concreter with a cheeky smile and long-held passion for music, he won millions of hearts and eventually placed third. Sony Music rushed to sign him up and he was offered a guest spot on Australia's favourite soap, Home and Away, which turned into a three-year role. But the sudden rise to fame took its toll. Johnny found it hard to resist the weekend-long parties, drugs, alcohol and fair-weather friends that came with the territory. He had started suffering from severe headaches when his girlfriend, Tahnee, noticed something was also wrong with his speech. Johnny was rushed to hospital, where doctors prepped him for immediate surgery to deal with a 7-centimetre-long tumour. Johnny was ultimately diagnosed with a rare brain cancer, with which - despite a period of remission - he still battles today. But in a strange way Johnny thinks the cancer actually saved his life …
More books by this author

In 2011 Johnny was a finalist on The X Factor Australia; in 2012 he won Dancing with the Stars; and in 2013 he arrived in Summer Bay as Chris Harrington, appearing as a regular in Home and Away until 2016. 2017 saw Johnny star in the Channel Nine miniseries House of Bond, and in 2020 he appeared in Neighbours as Owen Campbell. Johnny has supported global pop sensations One Direction, Backstreet Boys and New Kids on the Block on their Australian tours.

In 2018 he was the ambassador for Headspace National Youth Mental Health Foundation. Johnny is also an ongoing ambassador for Save Our Sons, a charity supporting Duchenne and Becker muscular dystrophy - and for the Cure Brain Cancer Foundation, which is very close to his heart.