The revealing biography of Australia's most powerful premier 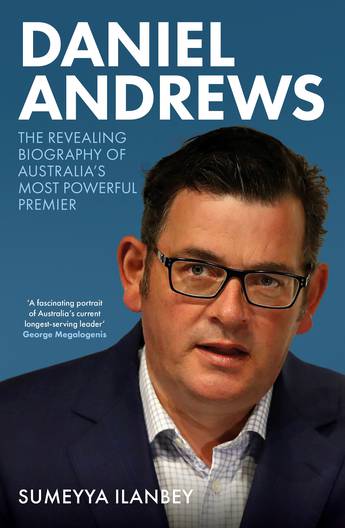 State premiers have risen to national prominence in a way not seen in a half century, with Victoria's Daniel Andrews the most successful. This fascinating biography uncovers the story behind his surprising rise to leadership, and his handling of a period of extraordinary challenge.

'A fascinating portrait of Australia's longest-serving leader, at a time when premiers wield more power over our daily lives than the prime minister.' - George Megalogenis, author of the bestselling Australian Moment

He is the most significant Labor figure in Australia since Paul Keating, and the most dominant Victorian premier since Jeff Kennett. He combines Labor's progressive streak with its conservative edge, implementing both an infrastructure program and social reforms of a scale unseen in the state since the era of John Cain.

Sumeyya Ilanbey's biography of Daniel Andrews tells the extraordinary story of the factional hack who became premier. She reveals how he defied the conventional political playbook to win back the blue collar vote for Labor, and overcome crises that could have been his downfall. His government imposed some of the longest pandemic lockdowns in the world, yet the more he was attacked for this by opponents, the more his popularity increased.

At a time when state leaders have reversed the long drift of political power to Canberra, Daniel Andrews is the most successful among them. This is a fascinating behind the scenes account of the breathtaking ruthlessness and masterful control of communications that underpin his political power.
More books by this author

Sumeyya Ilanbey is a state political reporter for The Age, and has won Walkley and Quill Awards for her journalism.