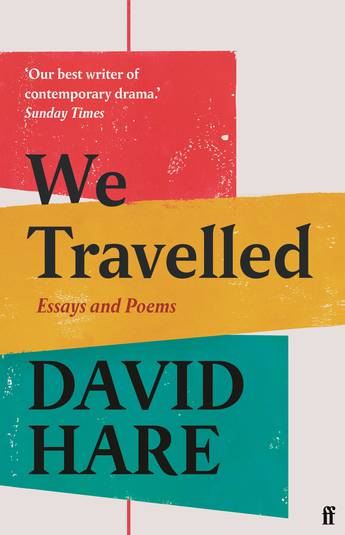 A powerful compilation of prose and poetry by one of the distinctive thinkers of our time.

I can't remember if I had any plans for the twenty-first century. I was already 52 when it arrived. But events raced off in such unexpected directions that any possible ideas must have gone out the window. Many of us shared the sensation that history was speeding up.

Recording dizzying changes in culture and politics, these elegant essays range in subject from the photographer Lee Miller to the Archbishop of Canterbury, from the actress Sarah Bernhardt to the rapist Jimmy Saville, from a celebration of Mad Men to a diagnosis of the incoherence of Conservatism in the new century. The poems, in contrast, are private: tender meditations, filled with love, memory, vulnerability and the melancholy of ageing.
More books by this author

David Hare was born in Sussex in 1947. He is the author of twenty-nine plays for the stage, seventeen of which have been seen at the National Theatre. These plays include Plenty, The Secret Rapture, Amy's View, Via Dolorosa, Stuff Happens, Gethsemane, The Power of Yes, Racing Demon, The Absence of War and South Downs. His many screenplays for cinema and television include Licking Hitler, Damage, The Hours and The Reader. He recently wrote and directed a trilogy of films for the BBC: Page Eight, Turks & Caicos and Salting the Battlefield.