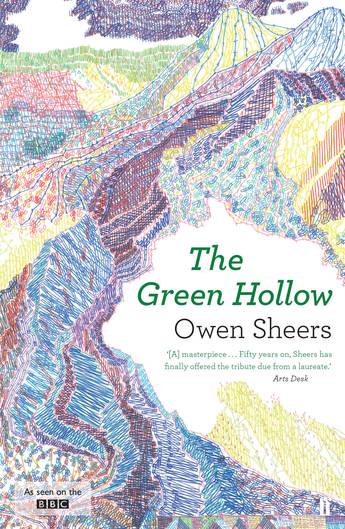 The extraordinary memorial to the 1966 Aberfan disaster for its 50th anniversary - the collective story as it has never been told.

In 1966 a coal slag heap collapsed on a school in south Wales, killing 144 people, most of them children. Poet Owen Sheers has given voice to those who still live in Aberfan, the pit village in which tragedy struck, and uses their collective memories to create a striking work of poetic power.

This is a portrait not just of what happened, but also of what was lost. What was Aberfan like in 1966? What were the interests of the people, the social life, the sporting obsessions, the bands of the day? What was the deeper history of the place? Why had it become the mining village it was, and what had it been before the discovery of coal under its soil? Perhaps most significantly: what is Aberfan like today?

The Green Hollow is a historical story with a deeply urgent contemporary resonance; a story of what can happen when a community is run by a corporation. It is also a story known along generational rather than geographic borders. Based on the BBC One production, The Green Hollow is a beautifully rendered picture of a time and place - and a life-altering event whose effects are irrevocable.
More books by this author

Owen Sheers is a poet, author and playwright. His first novel, Resistance, was translated into ten languages and adapted into a film. The Dust Diaries, his Zimbabwean non-fiction narrative, won the Welsh Book of the Year. His awards for poetry and drama include the Somerset Maugham Award for Skirrid Hill, The Hay Festival Poetry Medal and the Welsh Book of the Year for Pink Mist and the Amnesty International Freedom of Expression Award for his play The Two Worlds of Charlie F. He is Professor in Creativity at Swansea University and lives in Wales with his wife and children. His second novel, I Saw A Man, was published by Faber & Faber in June 2015.