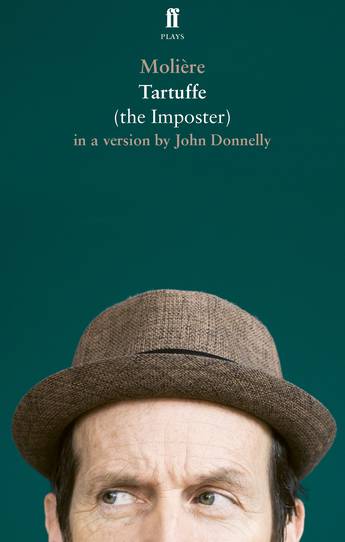 Download cover
Availability: Not available to order from this website, please try another retailer
Orgon is the man who has everything. Money, power, a beautiful family. But lately he's been questioning the point of it all. When he invites Tartuffe into his perfect household, he unleashes a whirlwind of deception and seduction that threatens everything.

With Orgon under Tartuffe's spell, can his family outwit this charismatic trickster? Are Tartuffe's wild claims truth or fiction? This mysterious stranger may not be quite the villain he appears.

John Donnelly's ferocious new version of Moliere's comic masterpiece looks at the lengths we go to find meaning - and what happens when we find chaos instead. Tartuffe, the Imposter opened at the National Theatre, London, in February 2019.
More books by this author

John Donnelly is a past winner of the Tom Erhardt Award, the PMA Award for Best New Writer and the NSDF Sunday Times Playwriting Award. His plays include The Pass (Royal Court), a version of The Seagull (Headlong/UK Tour), Little Russians (Tricycle Theatre/ First Blast: Proliferation Season), The Knowledge (Bush Theatre), Encourage the Others (Almeida Projects), Songs of Grace and Redemption (Liminal Theatre/Theatre 503), Showtime (LAMDA), Conversation #1 (The Factory/V&A/Latitude Festival) and Bone (Royal Court Theatre). John's work for television includes the short film Henry (Channel 4's Coming Up, 2013) and two episodes of Utopia (co-writer; Kudos/Channel4) and an episode of Glue (Channel 4/Eleven Films), both 2014. Most recently, he adapted his stage play The Pass for screen, produced by Duncan Kenworthy/Toledo Productions and starring Russell Tovey. The Pass was chosen to open the BFI Flare Festival before returning to BFI London Film Festival; it was the opening night film for NewFest and closed Twist: Seattle Queer Film Festival, all 2016.