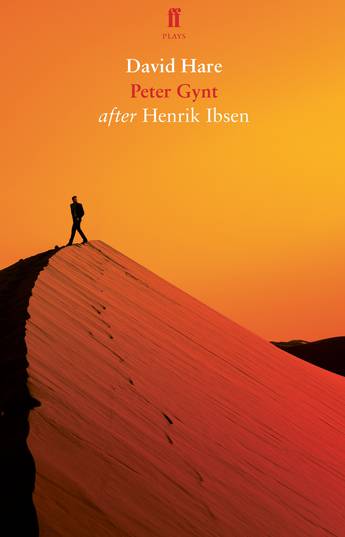 In this radical new version, David Hare kidnaps Ibsen’s most famous hero and runs away with him into the 21st century.

An ordinary man. A remarkable journey.

Peter Gynt has always set his heart on being special, on being a unique individual, on being unlike anyone else. When he steals the bride from a local wedding, he sets off on a lifetime journey which will take him to Florida, to Egypt, to a mountain of trolls, and finally, only when death approaches, back to his home in Scotland.

In this radical new version, David Hare kidnaps Ibsen’s most famous hero and runs away with him into the 21st century.

James McArdle takes the title role in this epic story of transformation, following his acclaimed performances in Platonov and Angels in America. He is reunited with David Hare and Jonathan Kent, the partnership behind the triumphant Young Chekhov at Chichester Festival Theatre and the National Theatre.
More books by this author

David Hare is a playwright and filmmaker. His stage plays include Plenty, Pravda (with Howard Brenton) Racing Demon, Skylight, Amy's View, Via Dolorosa, Stuff Happens, South Downs, The Absence of War and The Judas Kiss. His films for cinema and television include Wetherby, The Hours, Damage, The Reader and the Worricker trilogy: Page Eight, Turks & Caicos and Salting the Battlefield. He has written English adaptations of plays by Pirandello, Chekhov, Brecht, Schnitzler, Lorca, Gorky and Ibsen. For fifteen years he was an Associate Director of the National Theatre.