The Caretaker; Night School; The Dwarfs; The Collection; The Lover 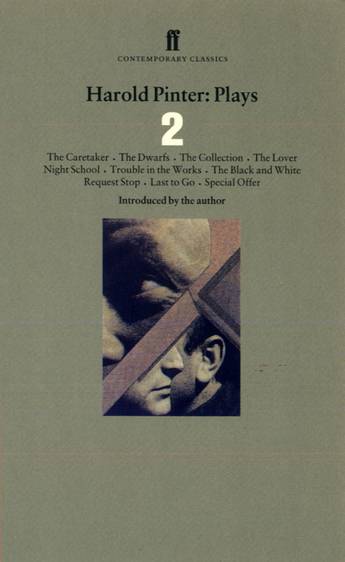 This edition, which has an introduction by the playwright himself, includes The Caretaker and two television plays, The Collection and The Lover, and several other shorter pieces from the same period

At the heart of this second volume of Harold Pinter's collected work is The Caretaker, the play with which he had his first major success. The obsessive caretaker, Davies, is a classic comic creation and his uneasy relationship with the enigmatic Aston and Mick a landmark in twentieth-century drama.
More books by this author

Harold Pinter was born in East London in 1930. He lives in London and is married to Antonia Fraser. In 1995 he won the David Cohen British Literature Prize for a lifetime's achievement in literature; in 1996 he was awarded the Laurence Olivier Award for a lifetime's achievement in theatre; and in 1997 he was named as the Sunday Times Writer of the Year. In 2002 Harold Pinter was made a Companion of Honour in the Queen's Birthday Honours List for services to literature. He is the author of numerous plays and screenplays, and has written poetry and fiction.Visit the official Harold Pinter website to find out more.