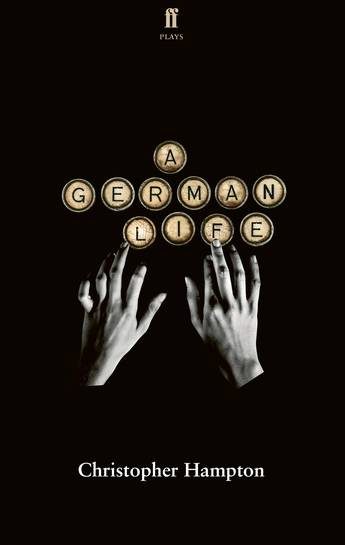 A new play by Christopher Hampton, drawn from the life and testimony of Brunhilde Pomsel, directed by Jonathan Kent.

I had no idea what was going on. Or very little. No more than most people. So you can't make me feel guilty.

Brunhilde Pomsel's life spanned the twentieth century. She struggled to make ends meet as a secretary in Berlin during the 1930s, her many employers including a Jewish insurance broker, the German Broadcasting Corporation and, eventually, Joseph Goebbels. Christopher Hampton's play is based on the testimony she gave when she finally broke her silence to a group of Austrian filmmakers, shortly before she died in 2016.

Christopher Hampton's play is drawn from the testimony Pomsel gave when she finally broke her silence shortly before she died to a group of Austrian filmmakers, and from their documentary A German Life (Christian Krones, Olaf Muller, Roland Schrotthofer and Florian Weigensamer, produced by Blackbox Film & Media Productions).
More books by this author

Christopher Hampton was born in the Azores in 1946. He wrote his first play, When Did You Last See My Mother?, at the age of eighteen. Since then, his plays have included The Philanthropist, Savages, Tales from Hollywood, Les Liaisons Dangereuses, White Chameleon, The Talking Cure and Appomattox. He has translated plays by Ibsen, Moliere, von Horvath, Chekhov, Yasmina Reza and Florian Zeller. His television work includes adaptations of The History Man and Hotel du Lac. His screenplays include The Honorary Consul, The Good Father, Dangerous Liaisons, Mary Reilly, Total Eclipse, The Quiet American, Atonement, Cheri, A Dangerous Method, Carrington, The Secret Agent and Imagining Argentina, the last three of which he also directed.