'I can't imagine anything worse'

A salute to Prince Philip (in his own words) 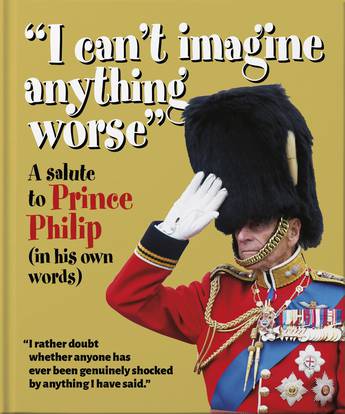 "A talent for putting one's foot in one's mouth"

Prince Philip is a man of many, many words. He is the king of courtingroyal controversy with his often wildly inappropriate comments at publicevents and foreign state visits. For almost eighty years since he firstentered the public's eye, Prince Philip has been telling the world exactlywhat he thinks of it.

Over the years, Philip's quips and wisecracks have been labelled asshocking and even outrageous, but at the root of this colourful royal is avery funny man who seemingly never takes life too seriously. He is anicon of the royal family and a reminder of a time when the world was adifferent place - and for that, we, the Great British public, salute andembrace him as one of our own!

"I declare this thing open, whatever it is."Philip, during a state visit to Canada, 1969

"God, I don't want to live to be a hundred, I can't imagineanything worse."Philip, on his centenary, to his biographer Gyles Brandreth, 2004