The People on the Frontline of Britain's Housing Emergency 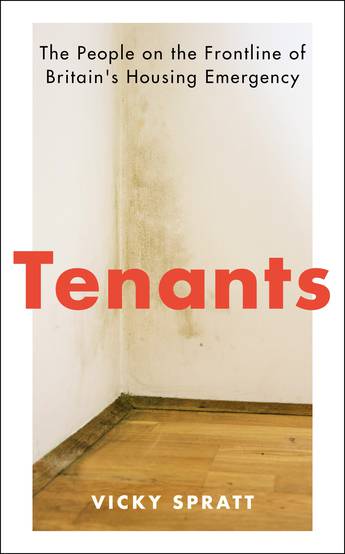 The urgent story of this country's biggest crisis, told through the lives of those it most affects.

ONE OF THE BEST BOOKS OF 2022, METRO, EVENING STANDARD, REFINERY29, COSMOPOLITAN

Tony is facing eviction instead of enjoying retirement; Limarra isn't 'homeless enough' to get help from the council; and for Kelly and her asthmatic son Morgan, another new rented house is a matter of life and death. This is twenty-first century Britain, where millions are forced into the private rental sector - a sector that creates profit for landlords, not safe and stable homes for tenants.

In this fierce and moving account, journalist Vicky Spratt traces decades of bad policy decisions to show how and why the British dream of homeownership has withered and the safety net of social housing has broken. Through the lives of those in the renting trap, she illuminates the ways this crisis is devastating our health, communities and political landscape. But, as the Covid epidemic showed, there are also real, radical steps we can take to give everyone the chance of a good home.
More books by this author

Vicky Spratt is a journalist whose work regularly shapes public policy. Her 2016 campaign Make Renting Fair got letting fees in England and Wales banned, and she has spoken at political conferences, APPGs, and appeared on BBC News, Newsnight, Woman's Hour, Radio 4 and NTS radio. She is currently the i Paper's Housing Correspondent and a writer and editor at Refinery29 which is part of Vice Media Group.