How to Spend a Trillion Dollars

The 10 Global Problems We Can Actually Fix 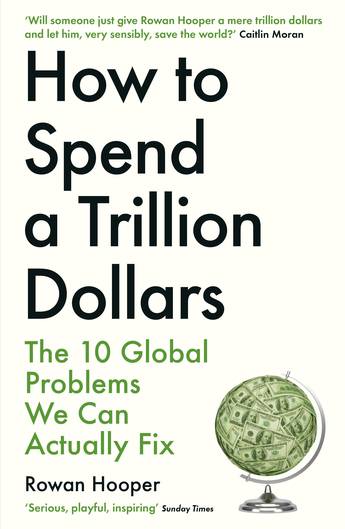 A compelling thought experiment that will lead to hours of fruitful debate.

If you had a trillion dollars and a year to spend it for the good of the world and the advancement of science, what would you do? It's an unimaginably large sum, yet it's only around one per cent of world GDP, and about the valuation of Google, Microsoft or Amazon. It's a much smaller sum than the world found to bail out its banks in 2008 or deal with Covid-19.

But what could you achieve with $1 trillion?

You could solve the problem of the pandemic, for one, and eradicate malaria, and maybe cure all disease. You could end global poverty. You could settle on the Moon and explore the solar system. You could build a massive particle collider to probe the nature of reality like never before. You could build quantum computers, develop artificial intelligence, or increase human lifespan. You could even create a new life form.

Or how about transitioning the world to clean energy? Or preserving the rainforests, or saving all endangered species? Maybe you could refreeze the melting Arctic, launch a new sustainable agricultural revolution, and reverse climate change?

How to Spend a Trillion Dollars is the ultimate thought experiment but it is also a call to arms: these are all things we could do, if we put our minds to it - and our money.
More books by this author

Rowan Hooper is a senior editor at New Scientist magazine and host of the New Scientist Weekly podcast. After gaining a PhD in evolutionary biology, he moved to Japan and worked in a conservation biology lab, then a national newspaper in Tokyo, then Trinity College Dublin in a nanophysics lab. He is the author of Superhuman: life at the Extremes of Mental and Physical Ability. His work has been published in the Guardian, Washington Post, Wall Street Journal, Wired and The Economist.
He lives in London with his partner and two daughters.