And the Band Played On

Politics, People, and the AIDS Epidemic 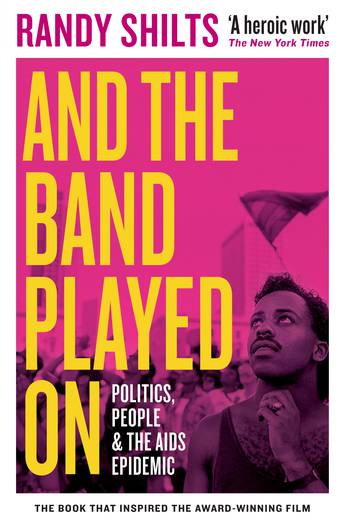 A masterpiece of investigative reporting on the AIDS crisis in the USA; an international bestseller and winner of the Stonewall Book Award, which inspired an award-winning film.

'A heroic work of journalism on what must rank as one of the foremost catastrophes of modern history.' - The New York Times

Randy Shilts was the first openly gay journalist dealing with gay issues for the San Francisco Chronicle. In 1981, the year when AIDS came to international attention, he quickly devoted himself to reporting on the developing epidemic, one which devastated his community and eventually took his life as well.

Shilts interviewed over 1,000 people, weaving together extensive research in the form of personal stories and political reportage. He was perfectly placed to understand the cultural, medical and political impact of the disease on the gay community and United States society as a whole.

And the Band Played On exposes why AIDS was allowed to spread while the medical and political authorities ignored and even denied the threat. This book remains one of the great works of contemporary journalism and provides the foundation for continuing debates over governmental failure in handling lethal epidemics.
More books by this author

Randy Shilts was a literary journalist working in the tradition of Norman Mailer and Truman Capote and became a pioneering voice in raising awareness of gay civil rights issues, as well as the AIDS crisis, and was awarded a Lifetime Achievement Award from the National Lesbian and Gay Journalists' Association in 1993. He found that he was HIV positive in 1987 and died in 1994. He also wrote The Mayor of Castro Street, a biography of Harvey Milk.