Gericault's Raft and the Art of Being Lost at Sea 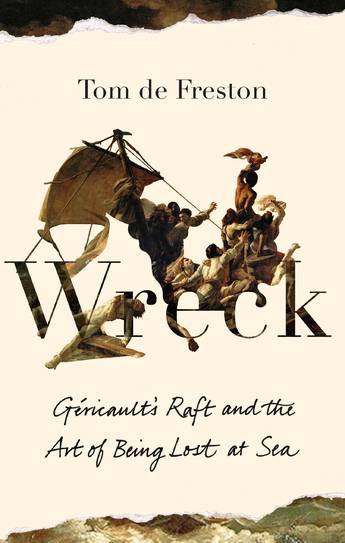 An artist's obsession with Gericault's monumental painting The Raft of the Medusa, and an intensely personal reckoning that delves deep inside the making of an artwork.

Artist Tom de Freston has long had an obsession with Gericault's painting The Raft of the Medusa, and the troubling story behind its creation. The monumental canvas, which hangs in the Louvre, depicts a 19th century tragedy in which 150 people were drowned at sea on a raft lost in a stormy sea, when the ship Medusa was wrecked on shallow ground.

When de Freston began making an artwork with Ali, a Syrian writer blinded by a bombing, The Raft's depiction of pain and suffering resonated powerfully with him, as did Gericault's awful life story. It spoke not only to Ali's story but to Tom's family history of trauma and anguish, offering him a passage out of the dark waters in which he found himself.

In spellbinding, visceral prose, de Freston opens a window onto the magnetic frisson that runs between a past masterpiece and contemporary artistic endeavours. He asks powerful questions about how we might translate violence, fear and trauma into art, how we try to make sense of seemingly unthinkable acts, and the value in facing and depicting the darkest horrors.
More books by this author

Tom de Freston is a visual artist based in Oxford. Among various fellowships and residencies he has held a Leverhulme residency at Cambridge University, a Levy Plumb Residency at Christ's College and the inaugural Creative Fellowship at Birmingham University. His work is regularly exhibited, and is represented in numerous public and private collections. With his wife, the writer Kiran Millwood Hargrave, he is the co-author of Orpheus and Eurydice and Julia and the Shark. Wreck is his debut non-fiction work.