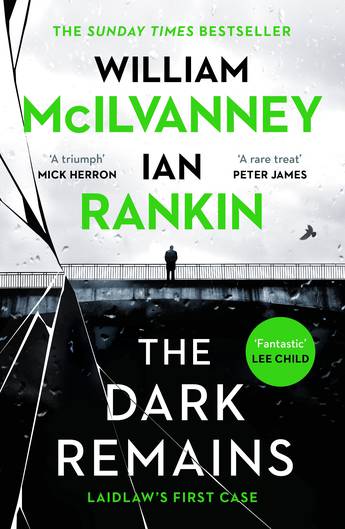 Lawyer Bobby Carter did a lot of work for the wrong type of people. Now he's dead and it was no accident. He's left behind his share of enemies, but who dealt the fatal blow?

DC Jack Laidlaw's reputation precedes him. He's not a team player, but he's got a sixth sense for what's happening on the streets. As two Glasgow gangs go to war, Laidlaw needs to find out who got Carter before the whole city explodes.
More books by this author

William McIlvanney is the author of the award-winning Laidlaw trilogy, featuring Glasgow's original maverick detective. Both Laidlaw and The Papers of Tony Veitch gained Silver Daggers from the Crime Writers' Association, while the third in the series, Strange Loyalties, won the Glasgow Herald's People's Prize. He died in December 2015.

Ian Rankin is the number one bestselling author of the Inspector Rebus series. The Rebus books have been translated into thirty-six languages and are bestsellers worldwide. He is the recipient of four Crime Writers' Association Dagger Awards, including the prestigious Diamond Dagger, and in 2002 he received an OBE for services to literature. He lives in Edinburgh. @beathhigh | ianrankin.net