Clash of Civilisations Over an Elevator in Piazza Vittorio 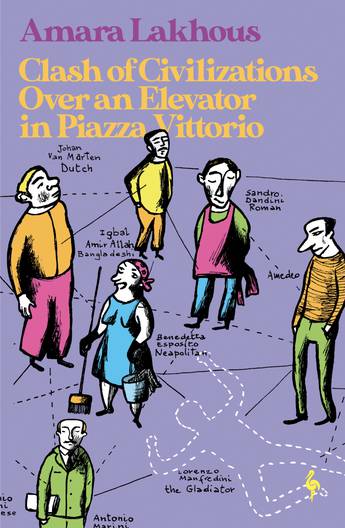 'The author's real subject is the heave and crush of modern, polyglot Rome, and he renders the jabs of everyday speech with such precision that the novel feels exclaimed rather than written.' - The New Yorker

A small culturally mixed community living an apartment building in the center of Rome is thrown into disarray when one of the neighbors is murdered. An investigation ensues and as each of the victim's neighbors is questioned, the reader is offered an all-access pass into the most colorful neighborhood in contemporary Rome. Each character takes his or her turn center-stage, "giving evidence," recounting his or her story-the dramas of emigration, the daily equivocations of immigration, the fears and misunderstandings of a life spent on society's margins, abused by mainstream culture's fears and indifference, preconceptions and insensitivity. What emerges is a touching story that is common to us all, whether we live in Rome or in Los Angeles.

This novel is animated by a style that is as colorful as the neighborhood it describes and is characterized by seemingly effortless equipoise that borrows from the cinematic tradition of the commedia all'italiana, as exemplified by directors such as Federico Fellini and Mario Monicelli.

At the heart of this bittersweet comedy told with affection and sensitivity is a social reality that we tend to gloss over and a surprisingly exact anthropological analysis of this reality that cannot fail to fascinate.
More books by this author

Amara Lakhous was born in Algiers in 1970. He has a degree in philosophy from the University of Algiers and another in cultural anthropology from the University la Sapienza, Rome. He recently completed a Ph.D. thesis entitled Living Islam as a Minority. His first novel, Le cimici eil pirata (Bedbugs and the Pirate), was published in 1999. Clash of Civilizations Over an Elevator in Piazza Vittorio, winner of Italys prestigious Flaiano prize, is his second novel. He currently resides in New York.