Life Lessons from the Pool to the Podium 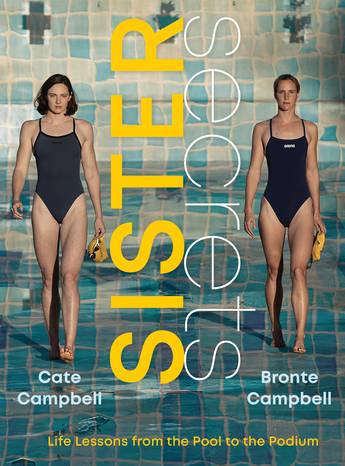 Cate and Bronte Campbell are Australian sisters and international swimming superstars who have experienced triumph and defeat on the global sporting stage. Sister Secrets features personal stories of their journey to greatness, their coping strategies at times of extreme disappointment and the highs and lows that have shaped their relationship with each other and with swimming.

The lane is your own private arena.
Like a pane of aqua glass spread before you.
One big breath in.
'Take your marks.'
My front leg is shaking.
And then it begins.
Nothing left to do but fight.

Cate and Bronte Campbell stand among the true greats of Australian swimming. In their own words, Sister Secrets follows all the highs and lows of their journey - their ambitions, successes, disappointments and losses, their long road to Tokyo and the triumph they found there. And along the way, they reveal their secrets to motivation, mental toughness and finding balance in and beyond the world of elite-level swimming.

An amazing account of how two sisters gained the courage to take on the world - and each other.
More books by this author

Cate Campbell is an Olympic gold-medal winner and world champion. At just 16 years of age Cate made her Olympic debut at the 2008 Beijing Games and claimed two bronze medals. Since then, Cate has represented Australia at four Olympics, two Commonwealth Games, three World Championships and three Pan Pacific Championships. At the 2018 Pan Pacs in Tokyo, the Malawi-born freestyler took home a whopping five gold medals, giving her an overall international gold medal tally of 18. The Dolphins leader also holds two world records and one games record and was one of the two flag-bearers for the 2021 Tokyo Olympics.