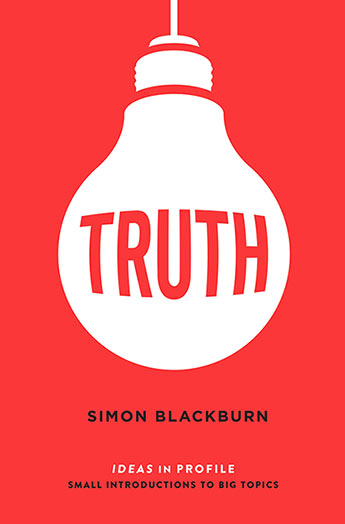 One of the world's leading thinkers on truth explains what it is, the different ways of approaching and understanding it, and why it matters.

Truth has always been a thorny topic. How does it work? Who decides what it is? And why is it seen as so important? In this lucid introduction to the topic, leading scholar Simon Blackburn describes the main approaches to the notion of truth and considers how these relate to different perspectives on belief, interpretation, facts, knowledge and action. He then looks at how these ideas can be applied to:

- aesthetics, taste and the judgement of art;
- ethics and how people decide how they should (or should not) live;
- reason and rational truth and whether these may be found or learnt in conversation, agreement and disagreement;
- religious belief and the ultimate cause of the cosmos.

Understanding what constitutes truth has practical value in every aspect of life, and whether you are voting in an election or finding an excuse for being late, Professor Blackburn's clear and incisive account will illuminate your choice, and stimulate, inform and entertain you along the way.
More books by this author More books in this series

Simon Blackburn was the Bertrand Russell Professor of Philosophy at the University of Cambridge and remains a Fellow of Trinity College. He is known for his appearances in the British media such as BBC Radio 4's The Moral Maze and his many publications which span popular and academic moral philosophy. His books include Spreading the Word (1984), The Oxford Dictionary of Philosophy (1994), Ruling Passions: A Theory of Practical Reasoning (1998), Think: A Compelling Introduction to Philosophy (2001), Being Good: A Short Introduction to Ethics (2002), Lust: The Seven Deadly Sins (2003), and Mirror, Mirror: The Uses and Abuses of Self-Love (2014).