The Autobiography of a Female Body 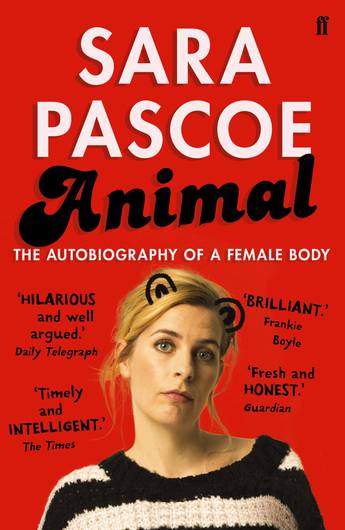 Sara is a comedian who has talked and joked about female sexuality, psychology and the media's portrayal of women on stage and screen. While researching her most recent live show, Sara realised that she had a lot more to say. In her first book Sara combines autobiography and evolutionary history to entertain and inform about the female body. Why we have boobs and how they have become so fetishised. How the kidnap of a 13-year old-chimney sweep's daughter created our present age of consent. The discovery and subsequent forgetting of the clitoris, the many eras of misunderstanding the female orgasm. Did you know that clitorectomys were once performed on British and American women to cure masturbation and hysteria? And that we learned so much about female sexuality from the behaviour of sperm?

Animal: How a Woman is Made aims to be entertaining and informative and personal and universal and silly about lots of things and serious about some.
More books by this author

As a stand up, Sara Pascoe has starred on Live at the Apollo; QI; Never Mind The Buzzcocks; Room 101 (all BBC), along with 8/10 Cats and being a regular contributor on two series of Stand Up for The Week (both C4). Sara Pascoe vs History earned her a prestigious Fosters Comedy Award nomination for Best Show at the 2014 Edinburgh Festival. Sara won the 2014 Chortle Award for Best Breakthrough Act. As an actress, Sara has enjoyed series regular roles in W1A and Twenty Twelve (both BBC). Sara has written for the Guardian, the Independent and Standard Issue Magazine.