Mel Tregonning was born in Perth, Western Australia in 1983. A published cartoonist since primary school, at age 16 she began a long-running comic strip in a national magazine. Over the decades, Mel's illustration style grew to encompass surrealism, cyberpunk, Art Nouveau, manga, commercial art and photorealism. She obtained a Bachelor of Arts in Graphic Design at Curtin University, during which time her first manga, Toy, was serialised in Xuan Xuan. Mel broke a finger on her drawing hand during a real-life game of Quidditch - which stopped nothing, but was scary for a second. She won the international Illustrators of the Future competition in 2006. She was an in-house illustrator for RIC Publications, and her first short story, 'Night', was published by Gestalt in 2009. Initially inspired by Jim Davis, Charles Schultz and Murray Ball, Mel's influences expanded to include her family and friends, Osamu Tezuka, Studio Ghibli, HR Geiger, Shaun Tan, The Matrix, Muse and Yukito Kishiro. She liked laksa, Baskin and Robbins ice-cream, HBO's Game of Thrones, Harry Potter and really good stand-up comedy. Sadly, Mel passed away in 2014. She is survived by her sister, brother, mother and father - and an incredible body of work. 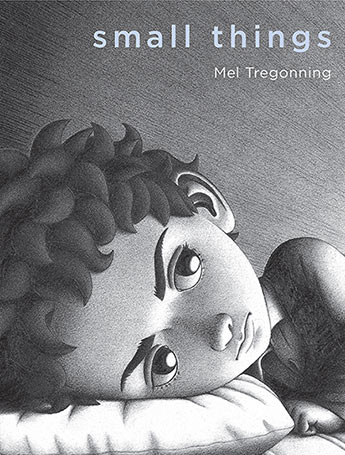 A stunning graphic novel from an extraordinarily talented illustrator. On the cusp of having everything slip from his grasp, a young boy has to find a way to rebuild his sense of self.