Carlie Gibson is a mum to three young children and the eldest of five girls. The Sisters Saint-Claire is inspired by her experience of family and country living. She is a former media adviser and journalist living in Canberra.

Carlie grew up in the tiny town of Cumnock in Central West NSW. She had a rich family life growing up, and her younger sisters joined her in many adventures, such as motorbike riding, driving old cars around paddocks, cray fishing, caring for a menagerie of wildlife and swimming summer days away. Her childhood pets included dogs, cats, birds sheep, kangaroos, and even a wombat called Wilbur.

Carlie had a skill for public speaking and debating, and could often be heard arguing her point with her parents, teachers, family and friends. Even when she wasn’t too sure exactly what her point was! A much-loved Aunty encouraged her to consider journalism as a career, and the seed was planted on that very day (in year 4 no less). She went on to study Communications (majoring in broadcast journalism) at Charles Sturt University in Bathurst and a stint as a reporter with WIN Television in Orange followed. At the time, Carlie felt a calling to head overseas in search of new adventures, and set off for the UK. She spent a year and a half living and working abroad, based in the seaside town of Brighton.

Carlie then went on to work for a number of politicians as a media adviser, and relocated to Canberra. Marriage and children followed, and the burning desire to write books her own children would love. Carlie would find herself writing between nappy changes, playtime and feeding routines, and whenever inspiration would take hold (often at the most inconvenient times). 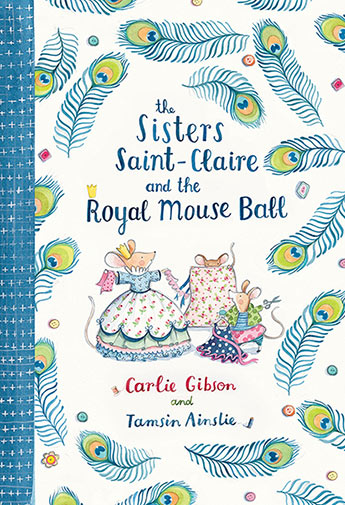 The Sisters Saint-Claire and the Royal Mouse Ball

The sisters Saint-Claire are five French mice who love fashion and food, and who, with a little thrift and a lot of ingenuity, help Queen Julie S Cheeser host a most memorable ball. Suitable for readers of The Sisters Saint-Claire and Ruby Red Shoes. 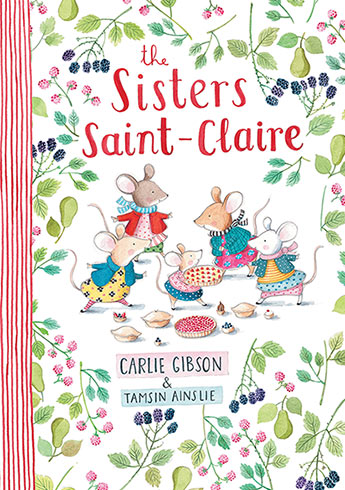 Beautifully illustrated, this delightful rhyming tale about five gourmand mouse sisters who go to market and the youngest sister, Cecile, who sets up her very own delicious pie stall with food fit for a Queen is suitable for readers of Ruby Red Shoes.